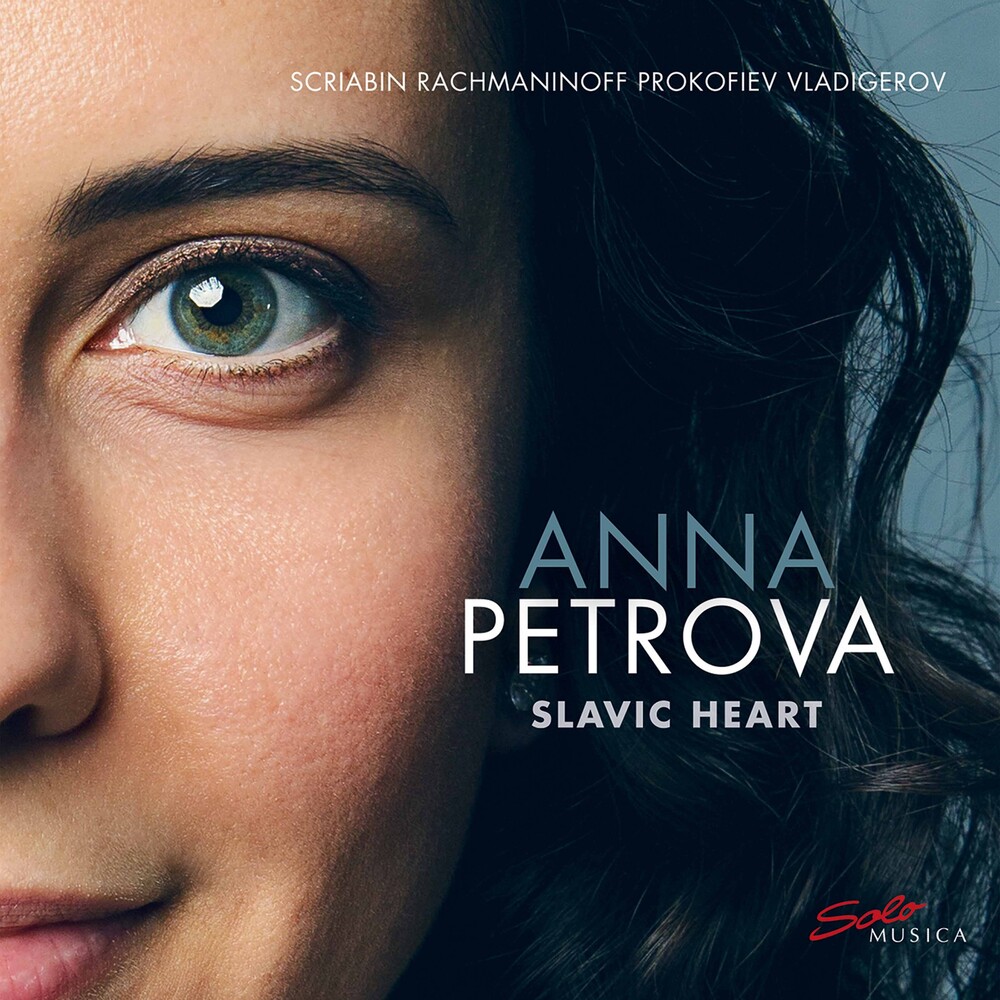 In her New York orchestral debut with conductor Philippe Entremont, Anna Petrova was praised for her "ultra-smooth playing style" [New York Fine Arts Examiner]. She is an assistant professor of piano at the University of Louisville, KY, holds a PhD in musicology from the Manhattan School of Music, and performs frequently as a soloist and chamber musician. The album presents the music of four composers: Sergey Rachmaninoff, Sergey Prokofiev, Alexander Scriabin, and Pancho Vladigerov. Three Russians and one Bulgarian, the music of whom spans a total of 50 years, from 1892 to 1942. "The heart is an ancestral metaphor... For example, it has been sometimes thought as the secret seat of courage or of intelligence; or as a hiding place for emotions; or as a breakable, fragile and precious object that we treasure; as a place from which sincere feelings emanate; as the locus of romantic desire; as the deep, summarizing content of a person... Also, in many languages, the word "heart" comes from either the Latin root cor/cordis, or from the Greek root kardia. That is, Spanish (corazon), French (coeur), and Italian (cuore), to give an example, take the Latin root, while German (Herz) and English (heart) take the Greek one (kardia). But what is most important for my present purposes here, and what these two roots share amongst each other, is their connection to the Indo-European root kr, which has the original sense of "vibrating." Indeed, the two consonants sound like that when pronounced together, like a gentle vibration. Krrr... In this very sense, too, a heart is a vibrating object, a vibrating, secret, treasured place - just like I wanted the piano and my playing of it to be in this album - a dear object that secretly vibrates with the sounds of my music." (Anna Petrova)
This website uses cookies to personalize content and analyse traffic in order to offer you a better experience.
I accept Learn More
back to top